Texas Native Geared Up for a California Showdown 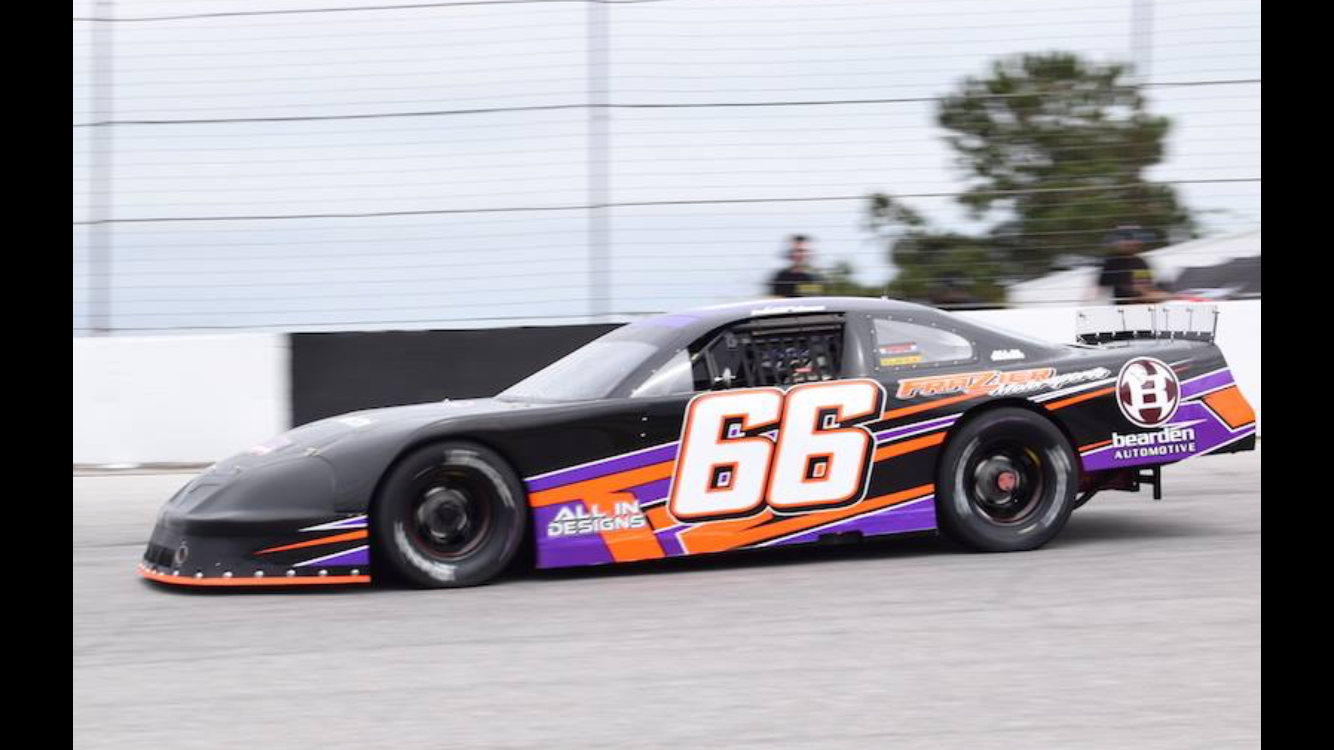 Just outside the city of Austin, Texas, is a race shop on a hill filled with talent, good equipment and one very fast asphalt Super Late Model.

Logan Bearden is somewhat of a rarity in the Lone Star state, racing on asphalt while most of his fellow Texans are busy dirt track racing. Iconic venues like Cotton Bowl, I-37 Speedway, Devil’s Bowl and a host of others draw thousands to see thrilling tours like the Ultimate Super Late Model series.

While the majority of drivers in the state compete at the tracks listed above, Bearden travels all over the country and pounds the pavement in his No. 66 Super Late Model.

I recently caught up with Bearden at All In Designs in San Antonio. He brought his 2016 VanDoorn chassis Super Late Model by for the highly-talented Anthony Gordon to apply a new wrap. I got to witness the process for the first time and discuss Bearden’s chances at this year’s $30,000-to-win Winter Showdown at Kern County Raceway in California.

“I think we’ve got a good chance to secure a decent finish out there this year,” Bearden said. “We finished a disappointing 25th last year, but it was a big learning experience. We’ll have notes to work with this time.”

Bearden will again have the benefit of his longtime friend Gordon serving as his spotter. Gordon has been around racing for years himself, having driven Modifieds at high-profile tracks in the south. He and Bearden are two of a kind; young, skilled, dedicated and willing to travel. It’s a dynamic duo.

“Anthony is the voice I want in my ear at a big race like that,” Bearden added. “He knows what information I’m looking for, and he won’t get on my nerves. He’ll be a big help as I focus on hitting my marks on the track. We work good together, and I’m anxious to head west for another crack at it.”

Last year, the team’s on-track results weren’t what they had hoped for going into the season.

“2018 was was not our best year,” Bearden said. “We wound up with one win and three top-five finishes in the Pro Modified, and only had one finish in the Super Late Model out of six starts. We finished 12th in the North/South Shootout in Nashville, Tennessee, but that was the only highlight.”

Bearden says the outlook for 2019 is much better.

“We battled mechanical problems most of the year with the SLM car,” Bearden added. “We’ve worked hard throughout the off season and believe we have everything worked out mechanically. We are definitely ready for the 2019 race season.”

The fifth annual Winter Showdown at Kern County Raceway Park is set for February 1-2.  Fans all over the world will be able to tune into the race live by becoming a Speed51 Network premium (monthly or yearly) subscriber.

“It’s a huge race with some the nation’s best Super Late Model drivers entered,” Bearden said. “We know it won’t be easy, but running against the best at nice tracks like Kern County Raceway is what we need to do to improve our program. We’re going back out there to give it our best shot.”